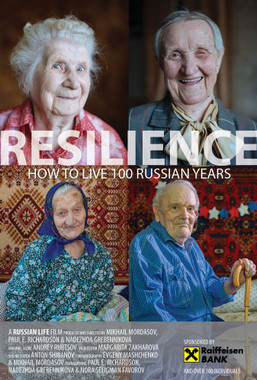 Stream the film for the Children of 1917 Project

In 1917 Russia was wracked by revolution, famine, war, and unrest. And yet, all that year children were born. This is a film about some of those children, 100 years later. Our team traveled over 66,000 kilometers tracking down centenarians born in Russia in 1917, and captured their unbelievable life stories.

"Beautiful and deeply touching. Hard lives and yet they survived and some remain optimistic and positive . Timely in this anniversary year of the Revolution . Thank you for finding and sharing these voices. We saw one man but didn’t hear his voice - how did survive this deadly century? Did you interview any others? Beautiful work."

"What a moving and powerful film. Sensitively filmed with humour. Thank you - I hope to show to my school pupils studying Russian language and Russian history."