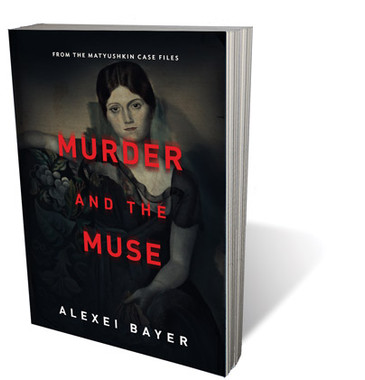 But when the case bleeds over into murder, machinations, and international intrigue, dredging up long-forgotten histories from the Civil War, not everyone is eager to see where the clues might lead.

Yet Matyushkin – as relentless and gut-driven as ever – won’t be stopped, even if it means taking on his partner, the KGB, and a ghost from decades past.

In this third installment in the Matyushkin Case Files, Bayer is in top form, painting a vivid picture not just of life in 1960s Moscow, but of connected events half a century before, when the Soviet regime was being twisted and shaped by war and revolution.

A page-turning mystery rich in historical detail and compelling characters.

Murder and the Muse is also available for Kindle, Nook, and iPad.

The first two books in the series: